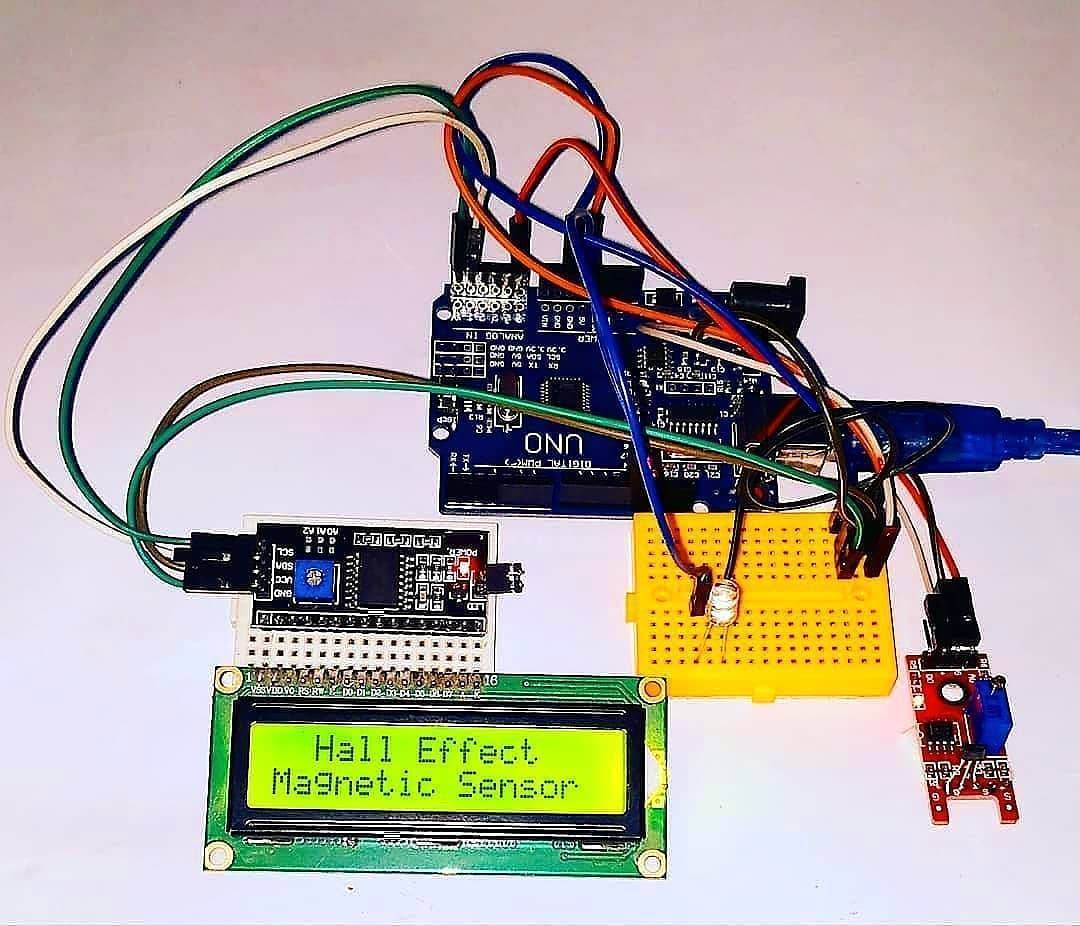 Hey guys, hope you are doing fine. Hall effect is a very popular principle given by the physicist Edwin hall which states that when a current-carrying conductor is introduced to a perpendicular magnetic field, a voltage can be measured at the right angle to the current path. In this article, we are going to see the working of a Hall effect sensor with  Arduino UNO board. By using this setup we can find the magnetic field near the sensor. You can check more amazing projects on Arduino and IoT. All the necessary details regarding the project are given below. We are using a 16×2 LCD module for displaying the content. You can also check the magnet detector using Arduino, made by us. 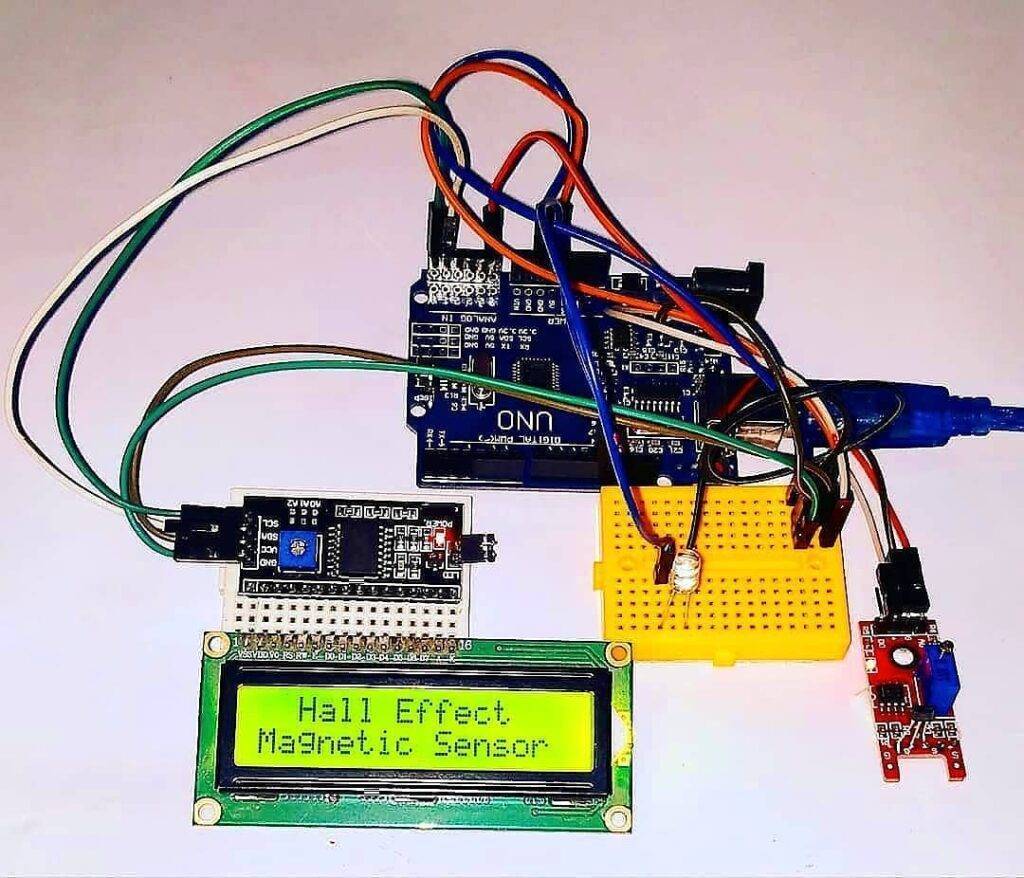 This project is helpful in detecting the magnets if present near us. It is done by the Hall effect sensor which can detect the magnetic fields emitted by strong or weak magnets. If the sensor detects any magnetic field the LED goes on and the buzzer starts beeping. The message “Magnet is Detected” can be seen on the 16×2 LCD display as well as on the serial monitor screen also. You can open the serial monitor from the top right corner in your Arduino IDE as shown in the image. 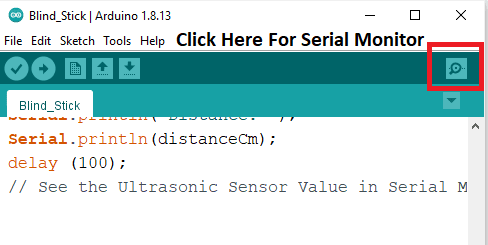 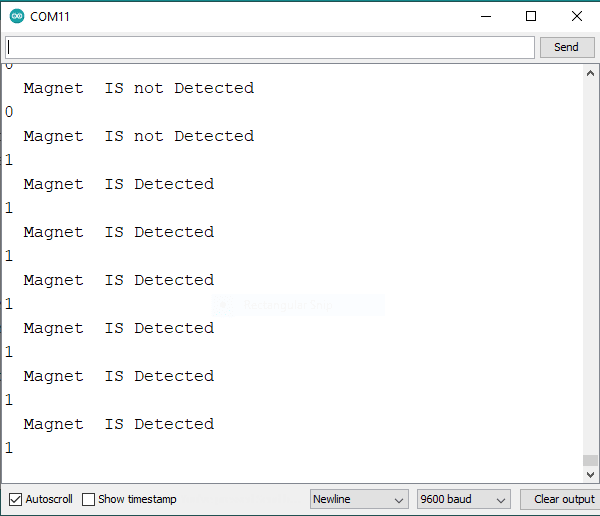 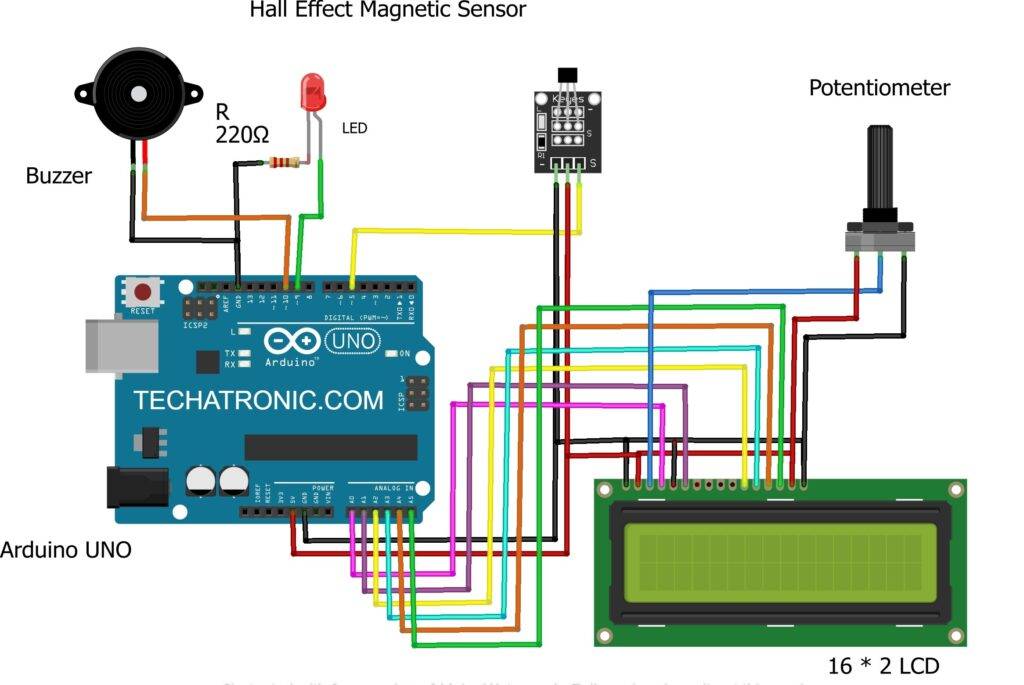 NOTE: Please upload the code which is given below to the Arduino.

Try to make this project by yourself for better understanding. If you have any doubts regarding the project then tell us in the comments section below. You can read the latest tutorials on Arduino and Raspberry Pi written by us.