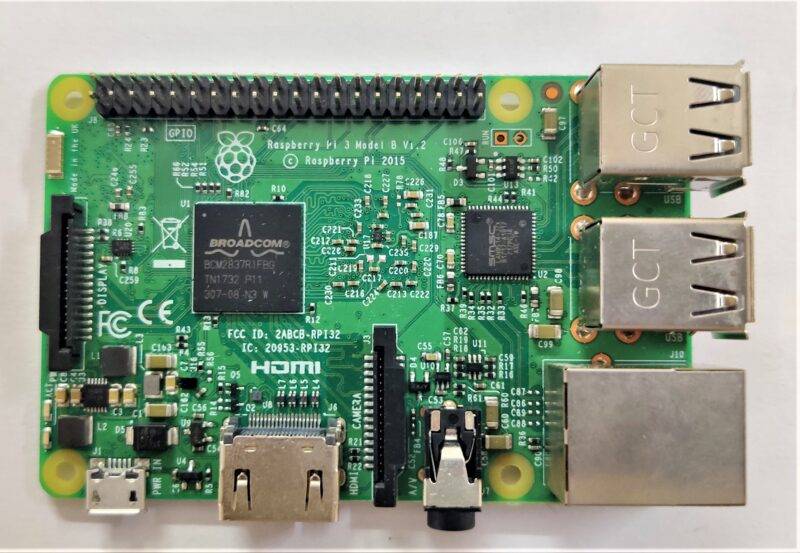 Hey guys, Welcome back to the Techatronic. Raspberry pi is the microprocessor and is used in many applications such as in development, learning, and prototype product. Also, many companies use raspberry pi in their industrial application. Raspberry pi has many launched many versions of its first variant. So, here in this article, we gonna explain everything about the raspberry pi. Raspberry pi pins, working, construction, applications, and many more thing to complete.

Raspberry pi has been developed for study and research purposes. also, today raspberry pi is used to learn Coding, programming, ML, and AI. There is a Robot name “INAAYA “Developed by Mr. Satyam Singh. He is a researcher and developer. We will share some images of the same robot in the last part of the Article.

There are basically 6 big names among the founders of Raspberry pi. Eben Upton, Alan Microsoft, David Braben, Pete Lomas, Jack Lang & Rob Mullins. They are all the founders, and inventors of this Raspberry pi foundation.

What is Raspberry Pi?

Raspberry pi is the Microprocessor if we write in one line. If you are from an engineering background then you must know about microcontrollers and microprocessors. There are many definitions of the Raspberry pi let me write all those here.

So, here the conclusion is that the Raspberry pi device was invented to promote the study and learning in computer science, robotics, hardware interface, and many more topics.

There are Three Series of Raspberry pi and all series have their own generation. All the series have their own specification. so, if you are confused select the version first understand your requirement. Then you can easily select the right device according to your requirement which can be size efficient and cost-effective. Raspberry pi is the most common series in all. Which gives you all the options to integrate the device. and if you want to learn Raspberry pi here are the tutorial and projects. So, here we are giving all the information about all the Series and generations below paragraphs.

Raspberry pi Model B was released in 2012 by the raspberry pi foundation. It was similar to its A model. after that in 2014, The company again launched the Model B with an improved design and named it Raspberry pi model B+. So, all these Boards were featured by the ARM A11 processor. The company also launched the A+ & B+ model of both models with improved design. The raspberry pi foundation also release a special model for Embedded development have some special features.

Now in 2015, There is the 2nd generation of Ras pi has been released by the company. this time the raspberry pi is initially featured a 900 MHz 32-bit quad-core ARM A7 Cortex processor. which is 2 times faster than the previous one.

Raspberry pi 3 Model B was released in 2016 have to features a 1.2 GHz quad-core processor (Cortex A53 ). This time Model 3 has Wifi 802.11, Bluetooth, and USB capabilities. In 2018 the raspberry pi foundation has been released as the New Raspberry pi model 3B+ which is powered by a faster 1.4 GHz processor which was more advanced than the previous one. this board has more features like POE, dual-band wifi 802.11, USB boot, and Network Boot.

In mid of 2019 Raspberry pi, 4 model B was launched with a lot of new feature-loaded. such as a 1.6 GHz Quad-core A-72 ARM Cortex processor with wifi, Bluetooth, and gigabyte ethernet two USB 2.0 ports, and 2 USB 3.0 port is also updated. 1-8 GB RAM variant and also it supported a dual monitor via HDMI. the 1 GB variant has been discontinuous and the 2 GB variant of Raspberry pi 4 has the price dropped. Raspi 4 is powered by a USB type c port. Here we have some latest projects on Raspberry pi 4. The processing speed is faster too so, you can make heavy projects on Raspi 4 Such as Smart Irrigation system Raspberry Pi

Raspberry pi Zero has been launched in 2015 November. This is the smaller version of the Raspberry pi with a less number of Input / Output (I/O) and General purpose I/O. This version is for projects where you have limited space and fewer numbers of peripherals.

Raspberry pi Zero has Its own 4 Version itself.

Raspberry pi Zero W was launched in February 2017 this version of raspi has Bluetooth, and wifi Capabilities.

Raspberry pi Zero 2 W was launched in October 2021 This system has a SIP system which was similar to raspi 3. This system is 64-bit capable.

Raspberry pi Pico was launched in 2021 january. It was the first Single chip microcontroller by the raspberry pi. There is raspi pico is powered by 256kb of RAM and 2mb of flash memory. Which can be programmed by the following languages. Micropython, Circuit python and C language. The raspberry pi pico has its own memory so, you do not need to inser the Rom or any othermemory to te system. if you want to learn the Raspberry pi pico the we have a list of Raspberry p pico tutorial on our website just go and check there.

Comparison Between the models.

The Raspberry pi hardware has been improved in each generation and series in terms of Processor, Features like wifi, bluetooth , GPIO, Connectors, peripherals. so , there is a lot of things in the hardware which evolved by the generation and series. The processor speed is imroved from 1st to 4 version of raspi. Rasperry pi A has the 700 MHZ frequency but now a days the raspberry pi has more than the 1.5 GHZ clock speed which is very fast in terms of Single Chip. Raspberry pi has the range of RAM from 256 mb to 8 gb. 256 mb RAM was the first and lowest RAM in raspberry pi. and now Raspi has the 8gb of RAM. so, now you can run the multiple program simultanously.

the processing speed of raspberry pi has been improved from each of the version. as i have mention in previous paragraph first raspi has the 700 mhz and now we can avail the raspi upto 1.6 Ghz. in raspberry pi first generation they used the Broadcom BCM2835 SoC. which consist 700 MHz ARM A11 processor. there are two level cache 1st has the 16kb and second have the memory of 128kb. ARM1176JZ is the same chip which was used in iphone previously with the higher clock rate.

Now, the latest raspberry pi have the Broadcom BCM2711 SoC with 1.5 ghz processor which is really faster. after some time they also increase this clock speed to 1.8 GHz. The amazing chip was powered with 64bit ARM Cortex A72 processor. Which is three time more faster than the raspberry pi 3

the same Broadcom BCM2835 SoC was used in the pi zero version. and having the speed of 1 GHz.

Here you can learn a lot about the Raspi we have uploaded the Raspberry pi Basic tutorial article as well as the project on Raspberry pi.