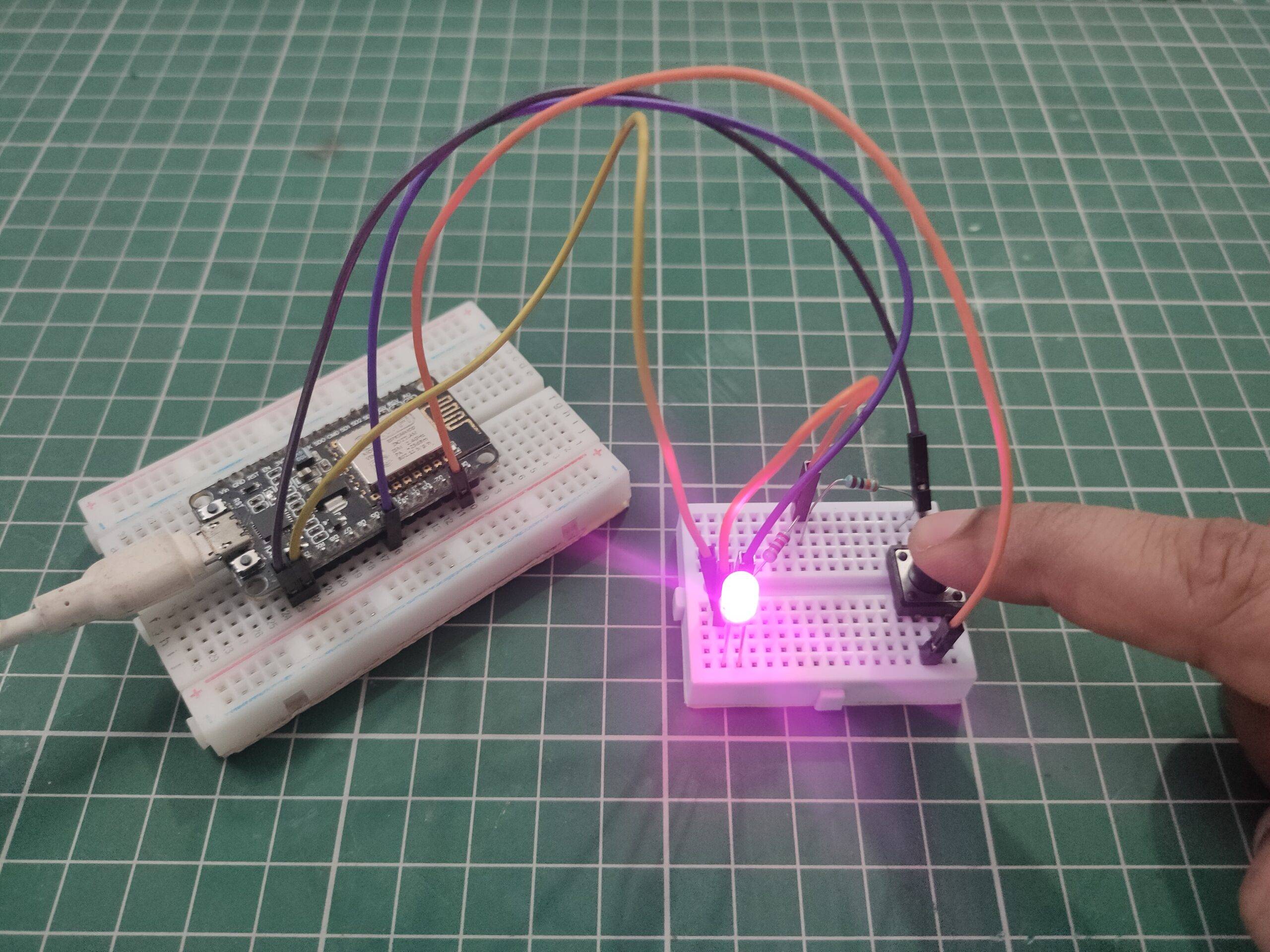 Hello guys, we are back with another new post in the series of esp8266 led tutorials. We have already discussed some basic and interesting projects made using nodemcu. In this mini-project, we are going to teach you how you can control an LED using ESP8266 nodemcu. You can also check out more projects on IoT and Arduino. In this project, we are using a pushbutton for turning the LED on and off. A pushbutton is a small type of switch that can complete the circuit while we push it else the circuit is broken by it. For making the connections we are using jumper wires and a breadboard. It is easy to make any circuit on a breadboard as you can replace the components as per your choice. We have our E-book on Arduino in which we discuss the making of 10+ projects with well-labeled diagrams and code. Well, let’s move to the working procedure of this project. 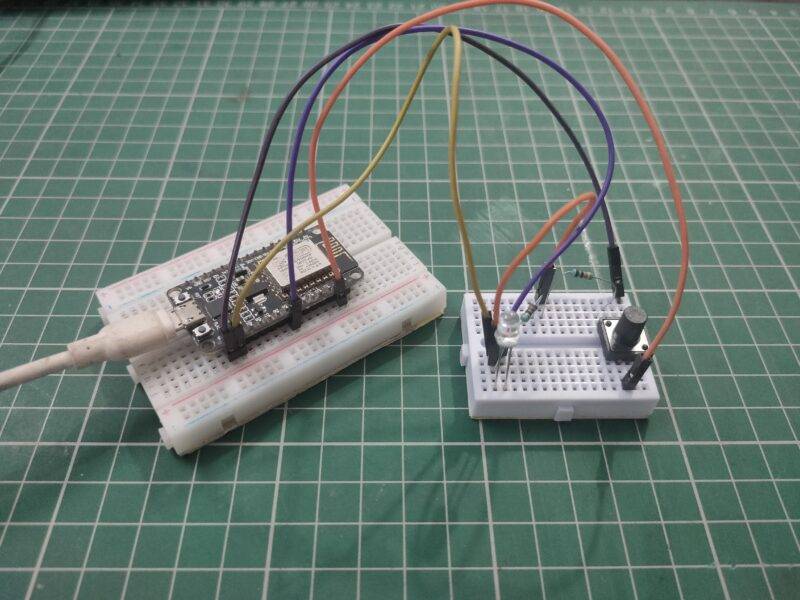 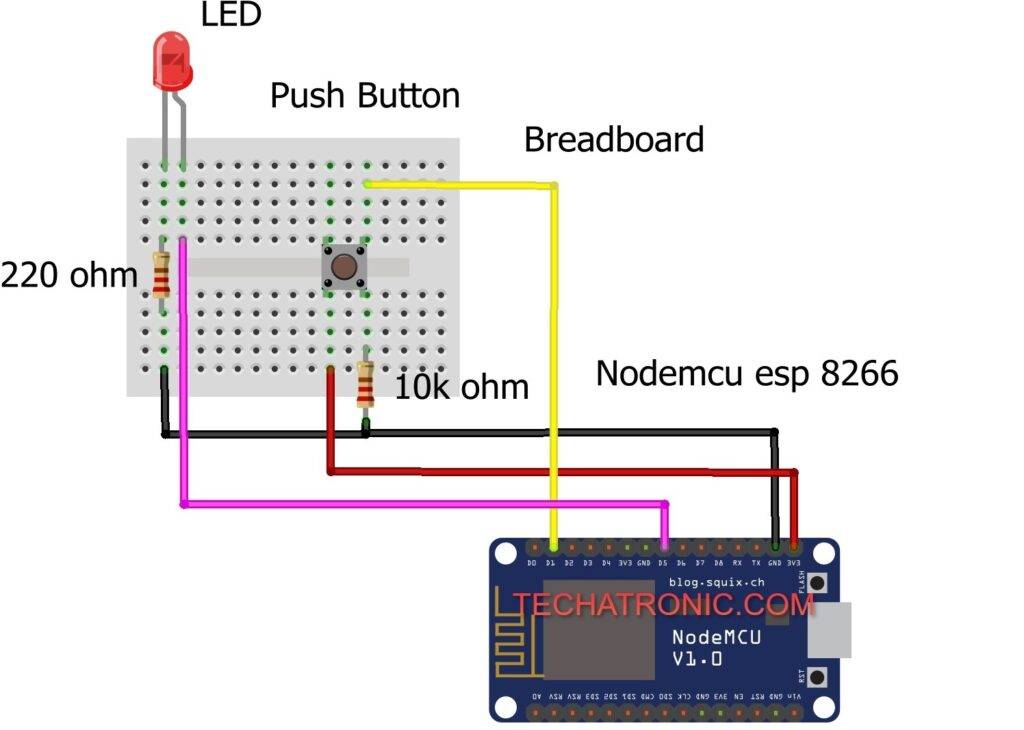 I have assembled the whole circuit on a breadboard. As you know breadboard assembly is not effective for this type of project. So, PCBWay offers Rapid PCB Prototyping for Your Research Work. I personally, recommend PCBWay because you can get your first-try boards right in 24 hours!

The prototyping stage is the most critical period of time for engineers, students, and hobbyists. PCBWay not only makes your boards quick but also makes your job right as well as cost-effective. This greatly reduces your cost and shortens the time for developing your electronic

NOTE: Please upload the code which is given below to the nodemcu.

We hope that you understand the project completely and for better understanding try to make it on your own. If you have any doubts regarding the project then ping us in the comments section below. You can also check some interesting tutorials on Arduino and Raspberry Pi.