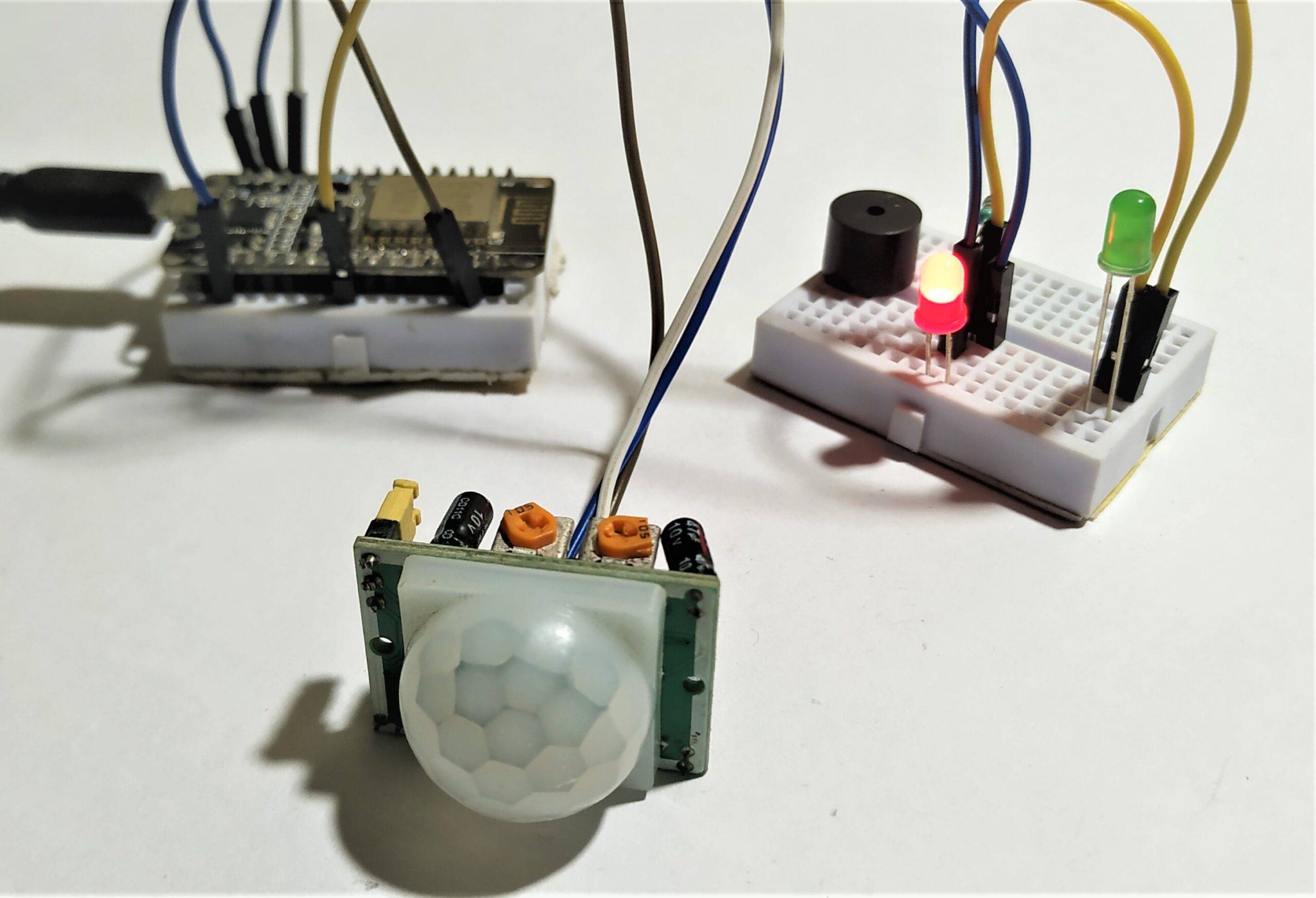 Hey guys, welcome back to Techatronic. Hope you are doing fine. So today we will discuss the working of an esp8266 motion sensor. Well, I hope you know what a PIR sensor is.

If not then don’t worry we will give you a brief introduction to it. Before starting I would like to give you a superb offer that our E-book on Arduino is now available at a special discount. This E-book has 10+ interesting projects with well-explained code and working.

So PIR stands for passive infrared and it is used for detecting the motion of the body in its range. They are available in different ranges and sizes.

The PIR sensor that we use in this project is of small size and range. Make the connections as per the diagram given below and then upload the code.

Initially, both the LEDs are turned on and later they will glow according to the signals that are generated by the PIR sensor.

we will make a useful system. This system is very useful for making various security systems and alert systems. You can also add more components to the circuit to enhance security.

You can also see the values generated by the PIR sensor on the serial monitor screen. We have attached some screenshots below. You can also read the Arduino-based home security system using Arduino made by us.

PCBWay can provide 2 Layer PCBs to highly advanced HDI and flex boards. Even though the PCBs they produce differ a lot regarding functionality and areas of use. I am impressed with the quality of the boards, the delivery time, and the cost-effectiveness.

NOTE: Please upload the code which is given below to the nodemcu.

We hope that you like this esp8266 tutorial and understand the complete procedure that we are trying to explain here. For any doubts regarding this project please ping us in the comments section given below. Also, do check out more such amazing tutorials on Arduino and Raspberry Pi.