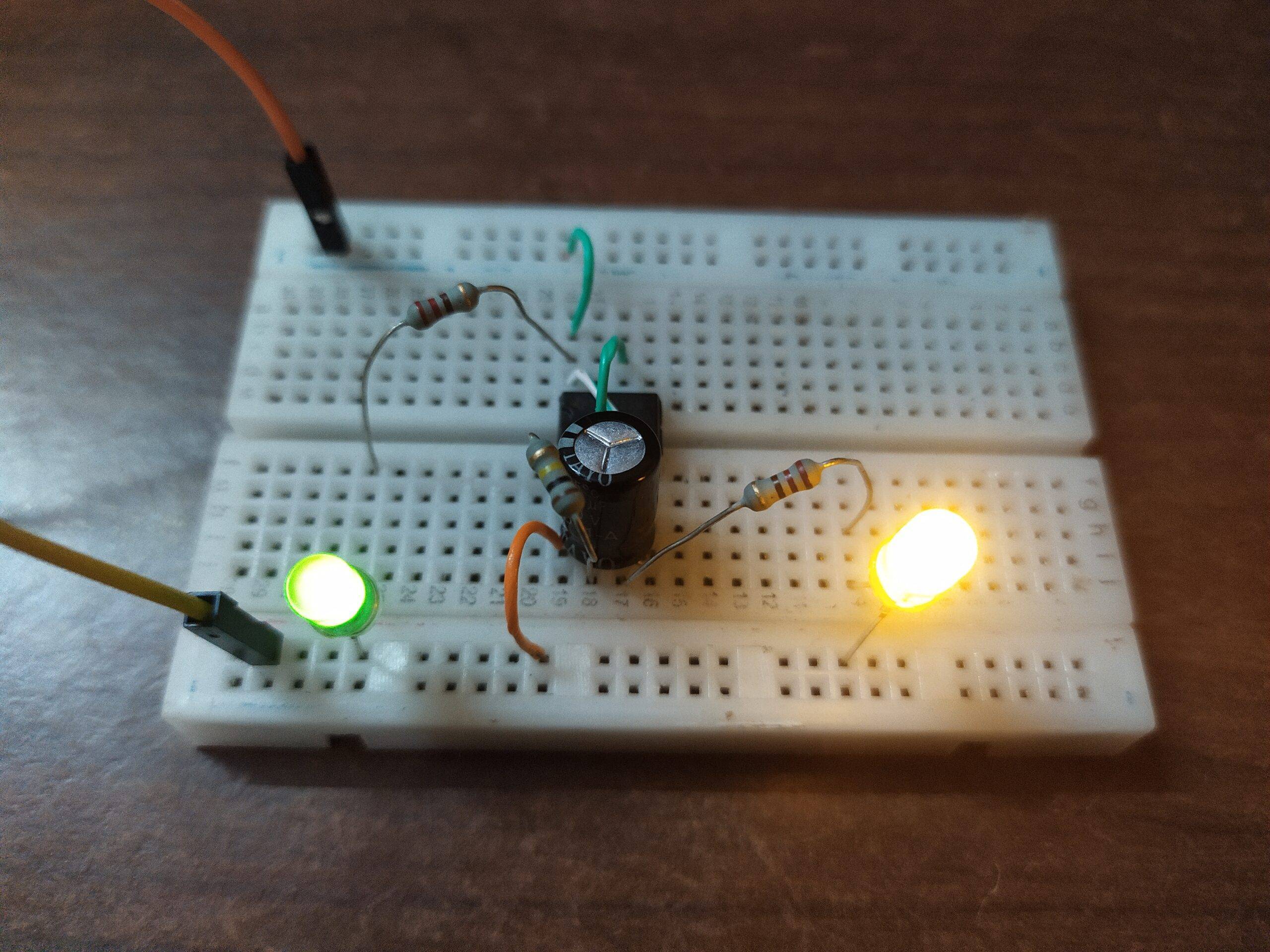 Hello geeks, hope you are doing fine. Have you ever seen a circuit that performs certain activities automatically at a specific time? These types of circuits are called delay timers and can be made in a number of ways. Here we are going to make a simple on/off delay timer 555 with the help of 555 timer ic. You can adjust the delay time for both on and off circuits by changing the values of resistors and capacitors. If you want to make this project with us then follow each and every step carefully. Also, do check out more projects on 555 timer ic and Arduino boards. Make the circuit according to the given diagram. 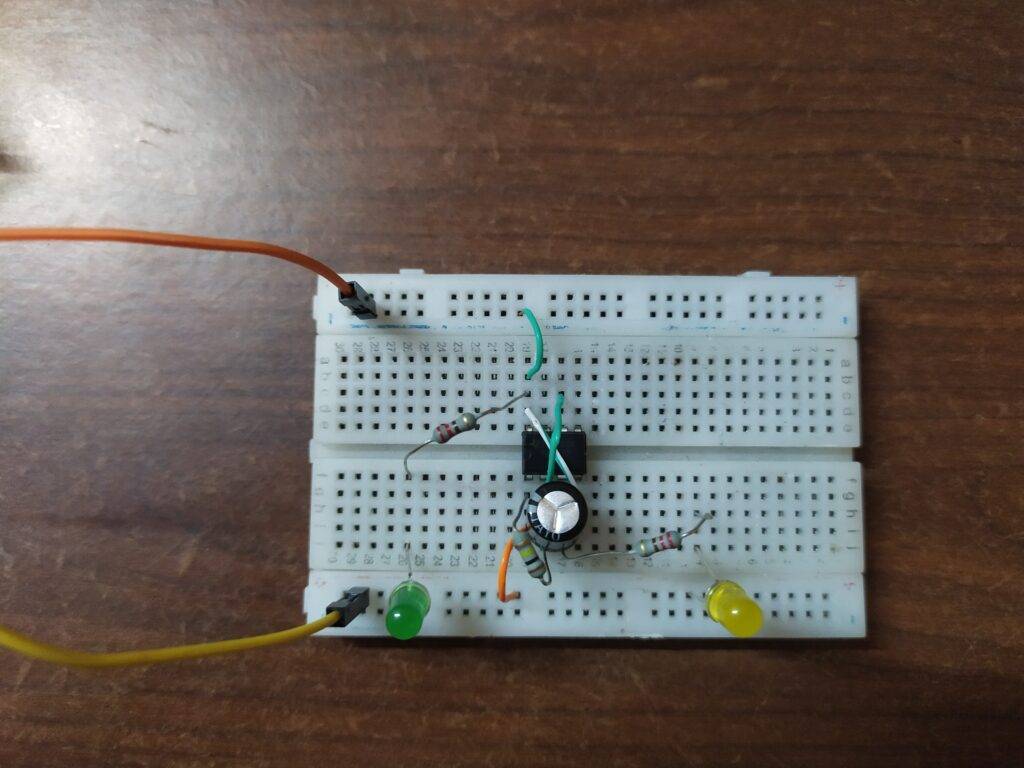 A delay timer is a circuit in which the component that you want to operate starts working after a time delay from the power is turned on. In this project, we have made both on and off delay timers and the individual circuit diagrams are also given below. Let us first see an On delay timer. For this circuit, the yellow LED that is for output is turned on after a delay of 10 seconds. Initially, the yellow LED is off and then it will be turned on automatically. 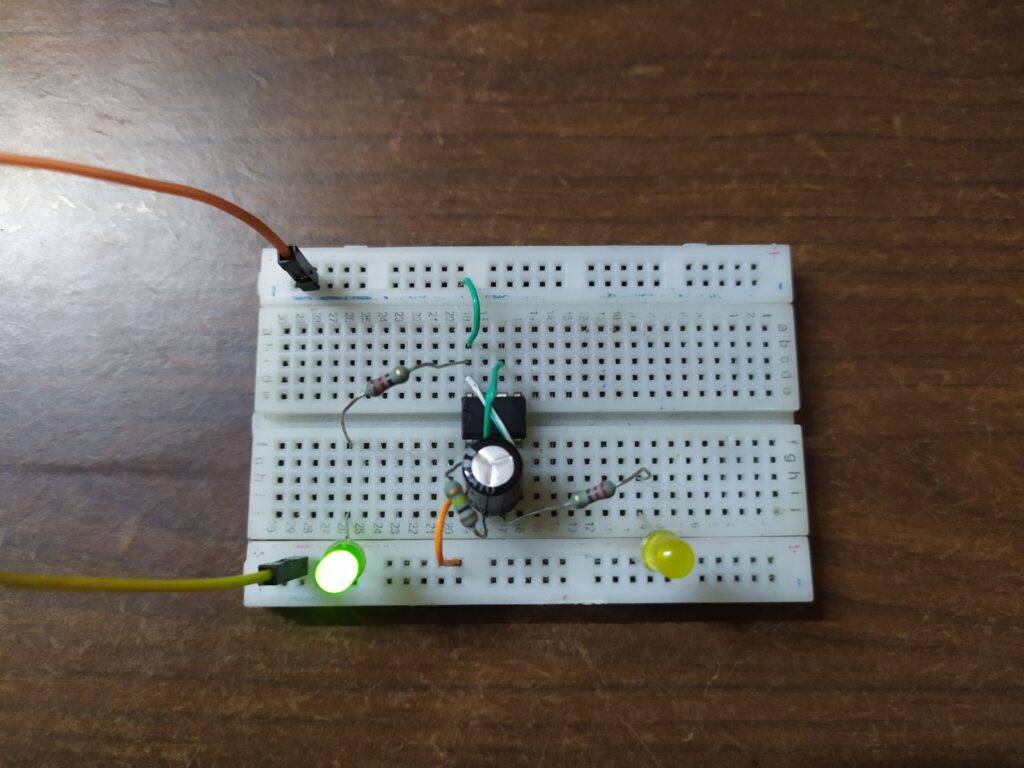 After a delay of 10 seconds, it will be turned on. 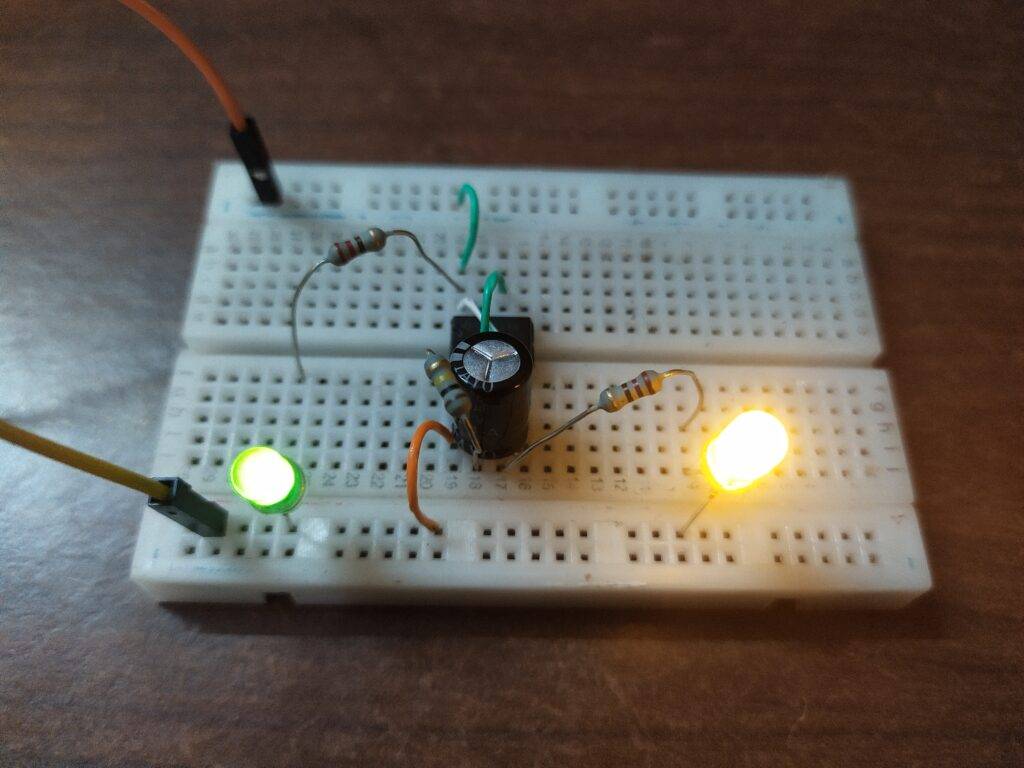 For an OFF delay timer, the output LED is initially on. 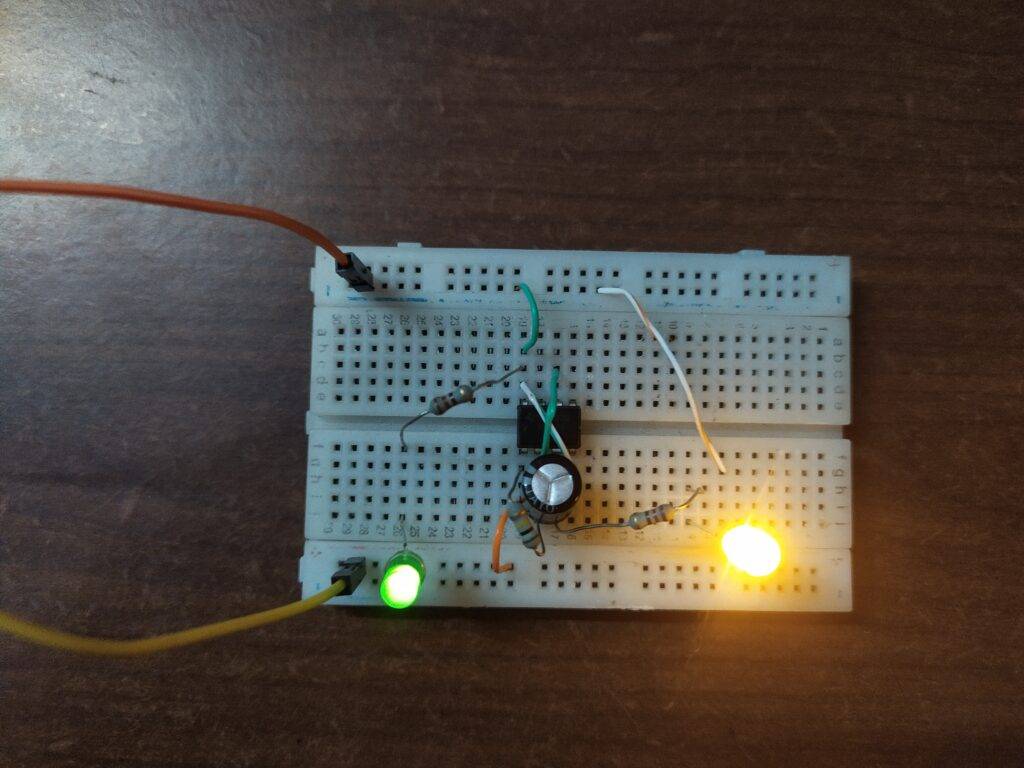 Then after a delay of 10 seconds, it will be turned off. 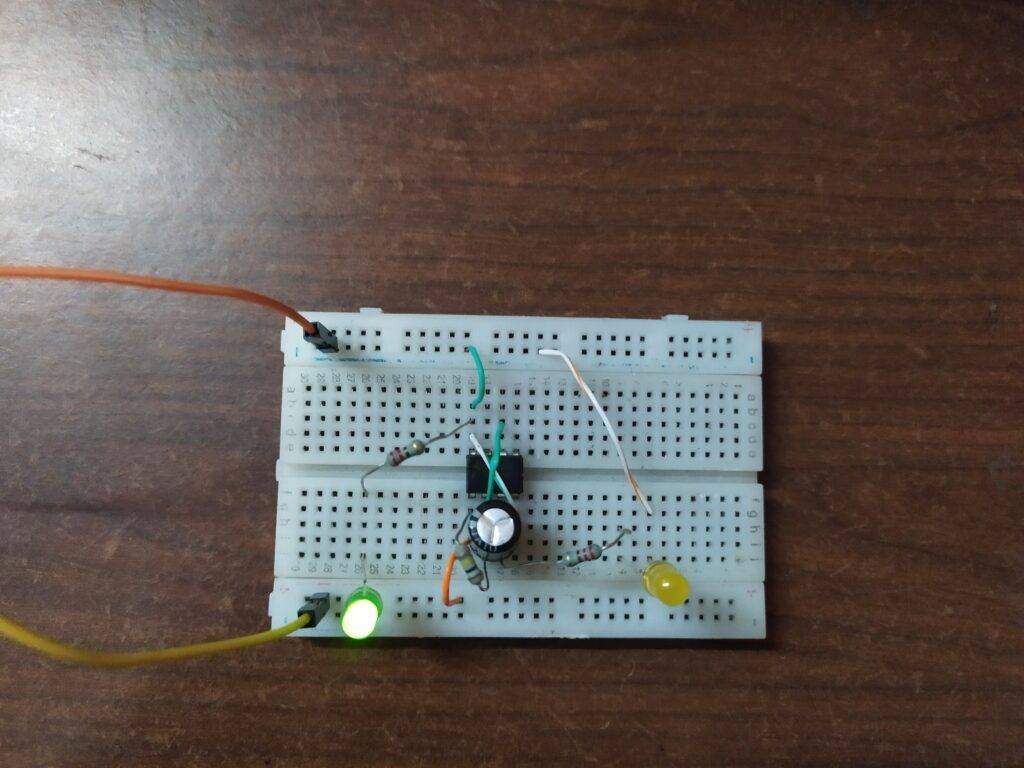 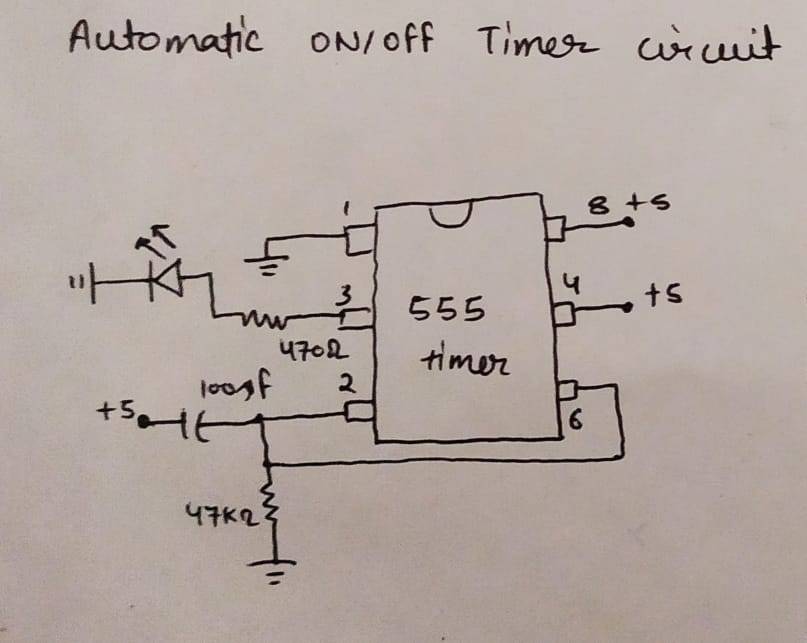 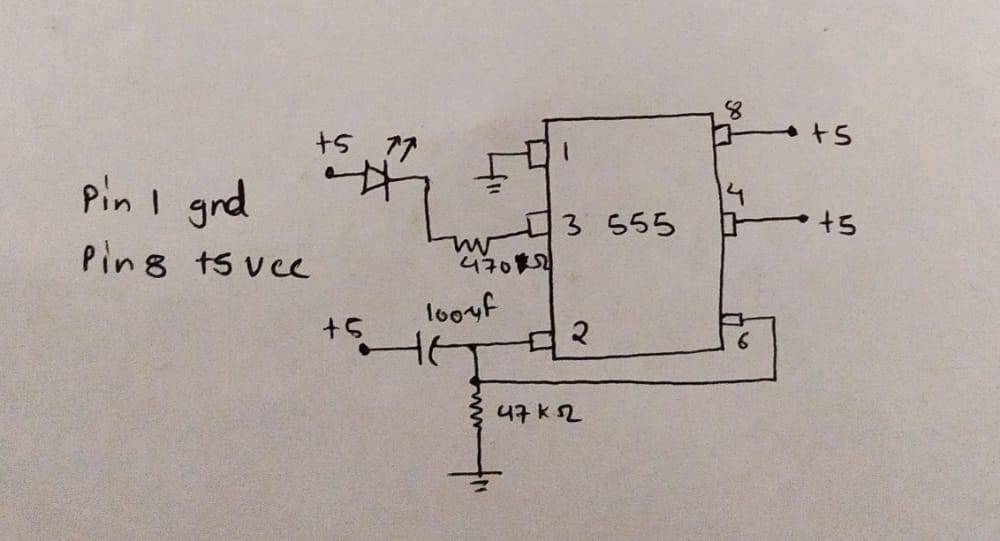 Connect the 9 volts power supply to the circuit and the power LED will turn on. After a delay of few seconds, the second LED will also be turned on/off as per the circuit that you have made. The green LED is for power indication. 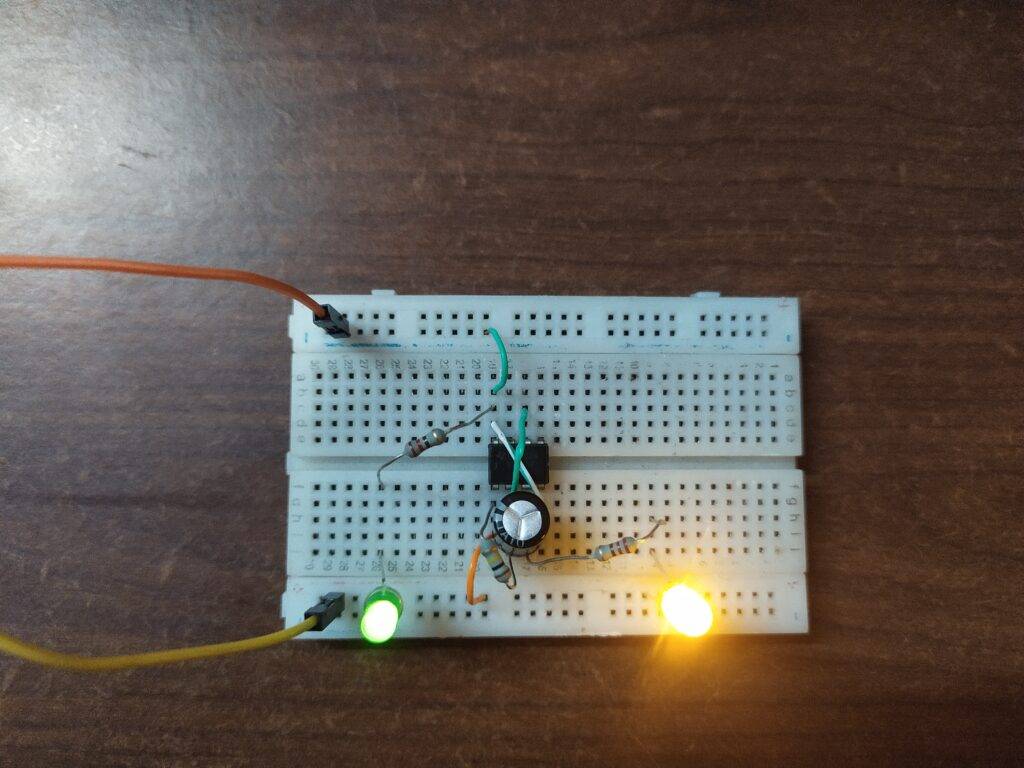 Do check out our tutorials on Arduino and Raspberry Pi. We hope that you liked this project and if you have any quarries related to the project then tell us in the comments section below.