Diode, what is diode, application of diode, uses of diode, diode working, working of diode, types of diode.
Skip to content 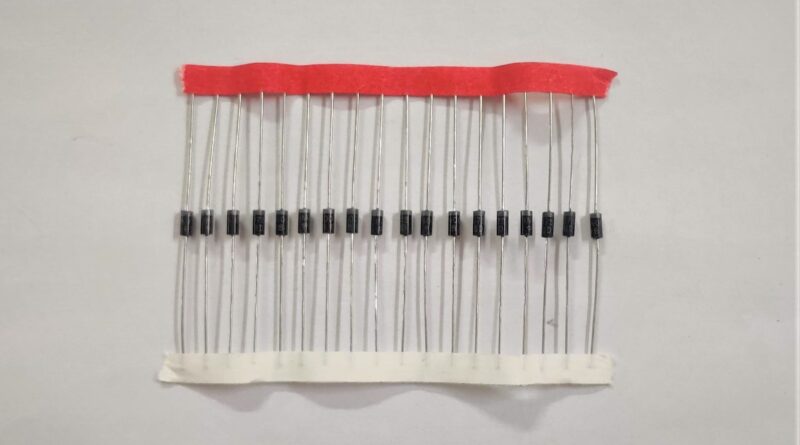 Hello Learners, This is a Basic Electronic Series article. So today I’m going to give you a brief description of what is DIODE. Diodes are of various types and of various use, but careful knowledge about them is a must. So in this session, we’ll cover Working, Types, and Examples. If you’re a beginner, then for sure read this article and get proper knowledge of DIODES. Let’s begin this Basic Electronic Session.

First, let’s learn about diode. What is it? What is it made up of? And other stuff. Diodes are basically a substance that comprises p-type material and n-type material. Hence, It is called P-N Junction Diode. The basic working is easily explained in Textbooks in the lower class. But for sure we didn’t take it seriously so, lets’ clear this up now.

Look at this picture, it clearly defines the internal structure or composition of a simple diode. The p-type side contains holes and the n-type side contains free electrons. The movement of which forms a Diode. There is not the only composition of the diode, but as there are various types there is various composition. So we’ll talk about each composition later while discussing types. But now this is the most basic type one you may see also known as Schottky diode.

As its simple structure, it has only two sides P & N. so there is no pin complexity. But to identify the corresponding sides, you may find it a bit tricky for the first time and about various types. But as we get familiar, we’ll learn about this. Now let’s move on to the working and various other sub-topics.

The working of the diode is rather very simple to understand. It mainly has two types of diode working, FORWARD BIASED & REVERSED BIASED. Let’s talk about them in detail

In Forward Biased, the p side is connected to the positive side of the battery and the n side to the negative side of the battery. As the potential is applied, the holes and free electrons experience force from voltages in the diode, but they didn’t move due to the potential barrier created. As soon as the depletion layer is crossed, the charge carriers’ diffusion creates drift current and current flows. Also, the depletion layer becomes shortened, hence current flows from one side of the diode to the other. forward biased working of diode is mostly used in the circuits.

This is the most common diode available in the market and is mostly used. It has a Black surface with a silver ring on one side. It is not a P-N junction diode, but it is a semiconductor doped with n-type material. Furthermore, it has fast switching actions. But as the coin has both sides it has a low reverse potential barrier which may lead to current leakage. It is widely used in SMPS (Switch Mode Power Supply), BMS Systems (for reverse current protection and over-discharge protection), and various others.

So if you are confused between Rectifier Diode and Schottky Diode, then this is the part in which I’ll clear this up. Basically, Schottky diodes are meant for less voltage and less current operation. But, as Rectifiers are meant for large current and high voltage operation, it has to be able to capable of this. So, for this function, we take a high Breakdown Voltage diode which is fast switching and capable of delivering a high current of about tens of ampere. Hence, we use a diode with numbers ranging from 1N4001-1N4007 with voltage ratings ranging from 50V – 1000V.

This is the most important type of diode that is mainly meant for the current precise task. Or more precisely, I say that is a highly doped P-N Junction diode. Which is mainly used in the Breakdown voltage region. Zener diode conducts current in reverse-biased configuration for conduction of current in the circuit. Usually, its breakdown voltage is below 5.5V which is quite low but for tasks like high reverse current flow without getting damaged, It is the best choice.

Tunnel Diode is used basically in Amplifier or Oscillator devices. It has a low current logic level value. It shows negative conductance characteristics. Furthermore, it has great features and is used in devices like Oscillator devices & used in microwave devices. Additionally, due to its low current handling value, it cannot be used in large semi-conductor devices.

Photo-Diode is another important diode that is widely used. The photodiode is used in various sensors and devices which we’ve seen commonly. You can visit many tutorials based on Arduino, which uses sensors built out of Photodiode. Due to receiving of IR light functionality of this diode the current flow in this diode is from the n-side top-side. Hence, it has a low current level and allows only a small current to flow through it. So, it is used in addition to Op-Amp to amplify the voltage level to the required one.

This is the most common diode we have ever seen but, its functionality, voltage level, current consumption are different for different color light emitting out of it. The above image is more than enough information for this purpose. To identify the anode and cathode of this type of diode, there are two methods. First, try to see the length of the legs of the LED. The shorter one is the negative terminal and the longer one is positive. Second, if the length of both legs is of the same length, then look for the flat spot on the body of the LED. The leg on the flat side is negative, and the other one is positive.

This is the most entertaining diode we’d love to play with. Yes, it is the Laser diode. LASER is the short form of Light Amplification by Stimulated Emission of Radiation. I don’t want to get deep into the history of its invention and discovery, but to keep it simple I would say that It is a LED with further modification and some other mechanical components in microscale to make its radiation reach a wide distance. It is now further modified, and now we see its capability from simple laser to laser cutting and many more.

AHH!🥱🥱🥱. It is so exhausting to read this long article and understand. So let’s end this here, I hope you’ll like this article and I had cleared all your doubts. Until then, keep learning and keep innovating.

SO, here diode is the most usable electronic component there are a lot of uses. in radio, mobile, ac, fridge circuit, tv and there is nothing in digital electronic which can run without the diode so, here we are making a list of diode uses.

In the mobile phone PCB, there is a lot of diodes.

in Reverse current protection like motor interfacing, we use a diode

Rectifier circuit we use always diodes.

LEDs are the diode that is used everywhere 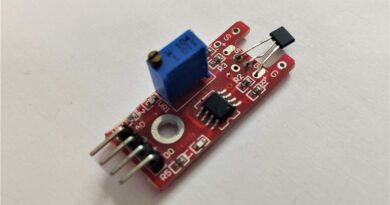 What is Transformer? Types of transformer with construction and Working 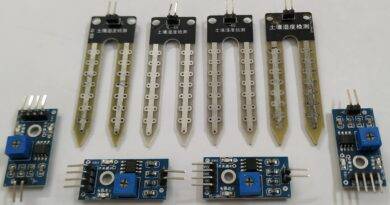 11 thoughts on “What is a Diode? Explanation, Working & Application”