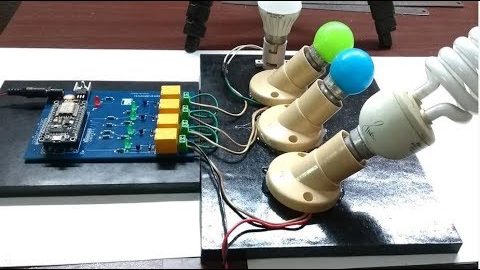 Hey, Guys Welcome Back to the Techatronic, In this post, we are going to make a Home automation system with the help of IoT(Internet of things). So first let me tell about the automation. What comes in your mind when you think about that word automation? did you ever hear this word? Automation means make things auto control which controls automatically without giving instruction every time by a person. you need to make a program that automatically runs that machine according to the condition. for example. if an automatic fan there must a sensor which detects the people present. if there is someone the fan will start automatically and if there is no one the fan will stop automatically. automation works at home as well as in the industries.

the automation system in a home typically connects to the controlled devices to a Main device which can also be known as a central hub or “gateway”.

The UI for control of the framework utilizes either divider mounted terminals, tablet or work stations, a cell phone application, or a Web interface, that may likewise be available off-webpage through the Internet.

While there are many contending sellers, there are not very many overall acknowledged industry principles and the savvy home space is intensely fragmented. Manufacturers frequently forestall autonomous usage by retaining documentation and by case.

There is One more automation known as Industries automation. As the name refers is totally about the Industries. the control system in the industries which are computers and robots which controlled by the cell phone or a computer system to control the production or manufacturing or maybe another work like sorting, counting all the works are dependent on the Robots and computer.  Nowadays all the work is done by these machines. this is known as industrial automation. did you ever see the car making robots? these are also the example of Automation.

Now, we are talking about Our project which is totally based on IoT home automation. What is IoT home automation? IoT stands for the internet of things. it means to control things over the internet or in simple language the instruction is to be given through the internet, we can use the mobile application, web page, or a computer system in this technology. but in this project, we used a Mobile phone application that is connected to the internet or wifi. and the device we used is the wifi module to control the connected devices like TV, fan, AC. So now we will see the working of this project in the next paragraph to better understand the smart home automation.

We use an application known as the Blynk app and there we made some buttons as per our requirement. we made only four button top make the 4 channel device and the application is to be connected to the internet every time when we want to operate our smart home project.  our device which we made with the wifi module also needs to connect to the wifi network continuously. wifi device can’t be directly connected to the electronic appliances so that we will use the relay module to connect the electronic appliances. Now, we will talk about How does it work.

How does it work?

There are four buttons in the application as we discussed earlier so these buttons send data through the blynk server and that server is connected to the wifi module by a unique ID. Now the data send to the wifi module which is in the form of 0101. now we connect electronic relay between the wifi module and the appliance. the whole process if given below and we also attached a video to make it better understand.

How to Create a Project in the Blynk app.

First,  download the Blynk app from the play store or app store in your mobile phone.

open the app now click on the option — Create new project– Create a new project with the name you want.

-select the – Select Nodemcu from the given wifi modules.

Now, click on the upper right side of the screen of blynk app. now add some button as per your requirement. and switch button to the switch option from the Blynk app. when you will create new projects an authentication code or token number will send to your email Id. which is most important and you have to enter the token number into the Code. 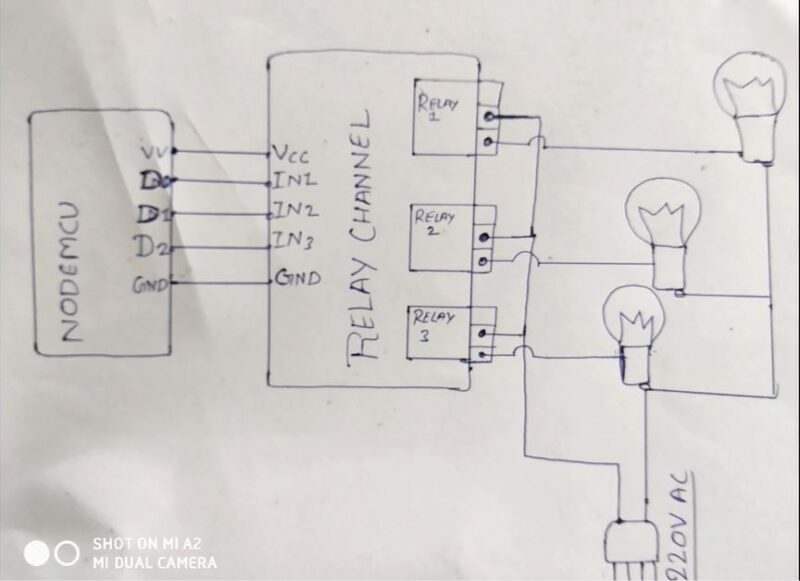 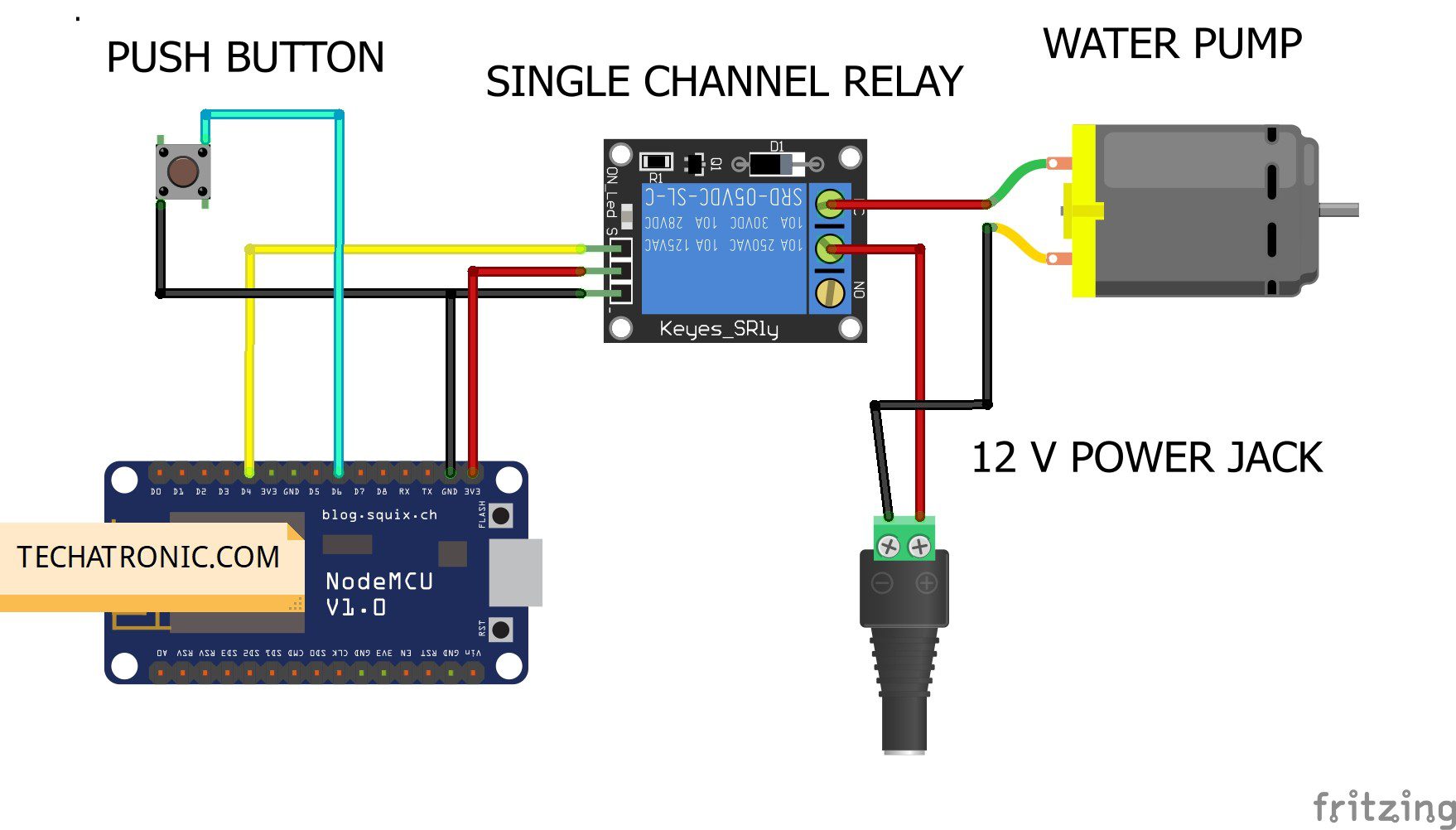 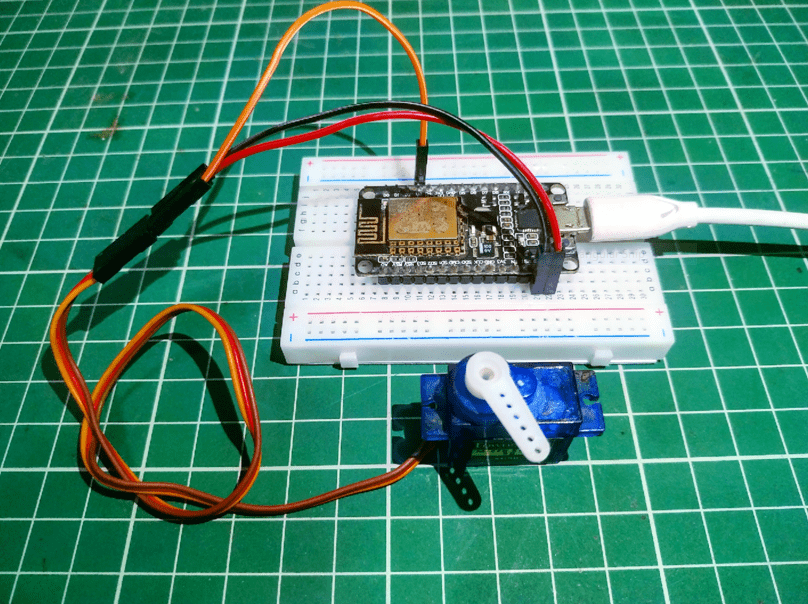 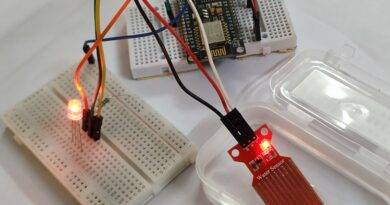