Today’s article is especially for beginners who are new to the Arduino world and are interested to step into this world. So, from basic today we are going to tell you how to Blink Led With Arduino and make a simple code run in Arduino what’s working and how you can do more out of this small development board.

So, in the beginning, we are going to tell you how to make a blink program and upload it into the Arduino board and make it happen. It is very important for every beginner to do this because by doing small things we become more advanced in this robotics world.

Here we are going to use the most common and popular development board among us is ARDUINO UNO which is available everywhere very easily. It has 13 digital pins and 6 analog pins. It has an output for 3.3V and 5V power. It supports I2C, SPI, SERIAL, UART communication.

In the market there are two versions of Arduino available one is with ATMEGA328P and ATMEGA8U2 which is the official one and the other is ATMEGA328P and any UART to SERIAL IC like RS232 or CH340G, this is a cheap copy of Arduino.

The main IC of ARDUINO UNO is ATMEGA328P which is an 8-bit microcontroller by ATMEL company. It has 2KB of SRAM and 32KB of flash and 1KB of EEPROM memory. It has a 10-bit ADC and Also supports PWM signals on PWM pins marked with ~ symbol.

*NOTE: – FOR IC LIKE CH340G YOU NEED TO DOWNLOAD THE DRIVER OF THIS IC TO MAKE IT DETECTED IN YOUR WINDOWS COMPUTER SO SEARCH FOR “CH340G DRIVER FOR WINDOWS” AND DOWNLOAD AND INSTALL THE LATEST VERSION OF IT.

So, to make the blink led with Arduino circuit you need to take a LED and connect its CATHODE to GND pin Of ARDUINO with a 220ohm resistor in series then connect ANODE of LED to PIN 13 of ARDUINO UNO. And by this, you are done with the connection.

NOTE: – ARDUINO UNO HAS AN LED ALREADY CONNECTED TO PIN 13 ON BOARD WHICH IS INDICATED AS L.

//put this code in the ide of Arduino from this line

The working of code is very simple, see from starting if you had any knowledge of C/C++ or JAVA then you must know that there are two LOOP one which runs for one time and the other which runs repeatedly. So here VOID SETUP() is the loop which RUNS ONCE and VOID LOOP() RUNS REPEATEDLY.

So, in SETUP we define which type od device is connected to pin 13, INPUT, or OUTPUT. and if you want to see the next Arduino project tutorial we have a push-button interfacing project in the next blog.

In LOOP we turn pin 13 HIGH or TURN ON for a second (1SECOND =1000MILI SECONDS =1000000 MICROSECONDS) and then TURNS IT LOW or OFF for another second and this process continues to run. 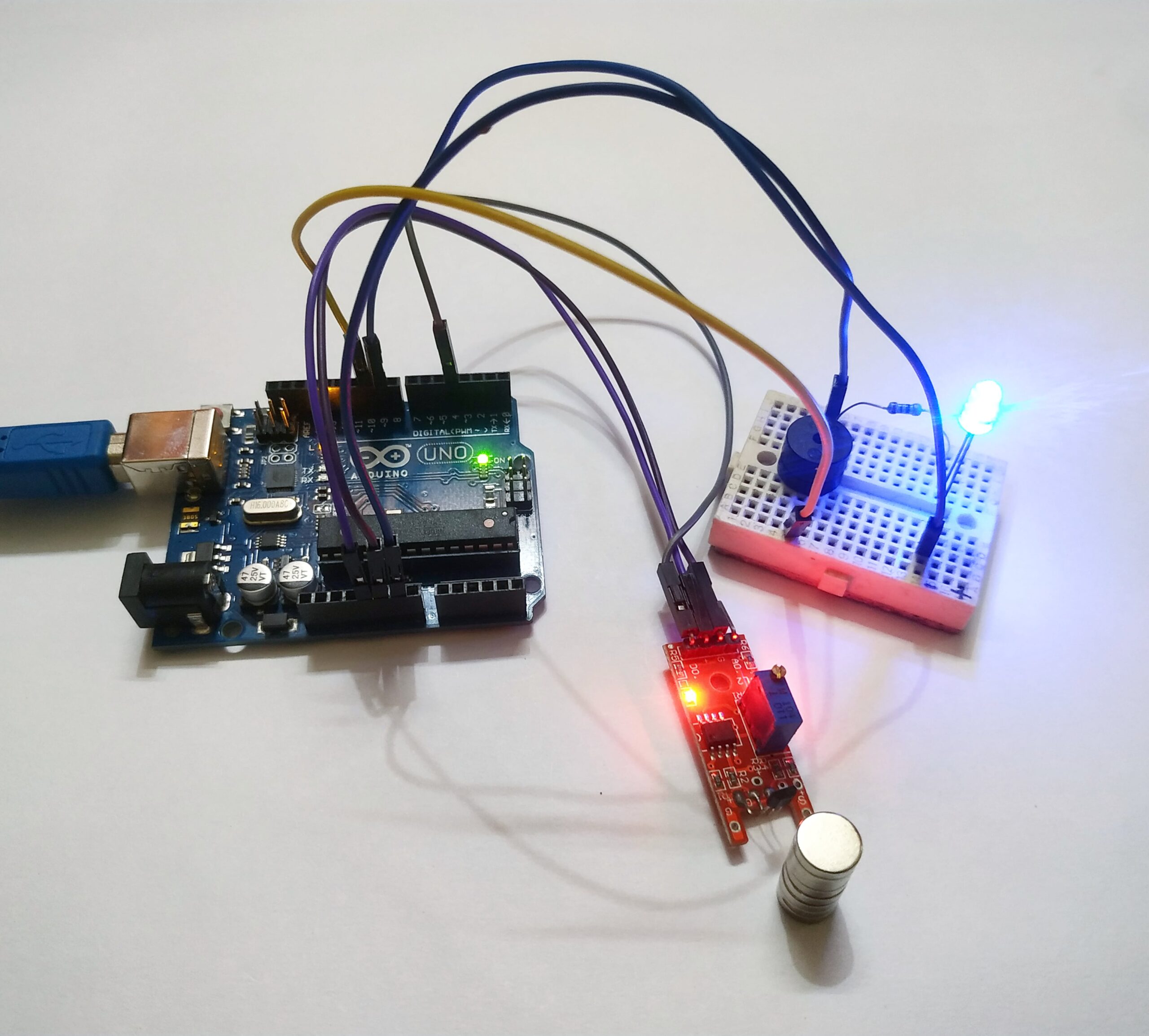 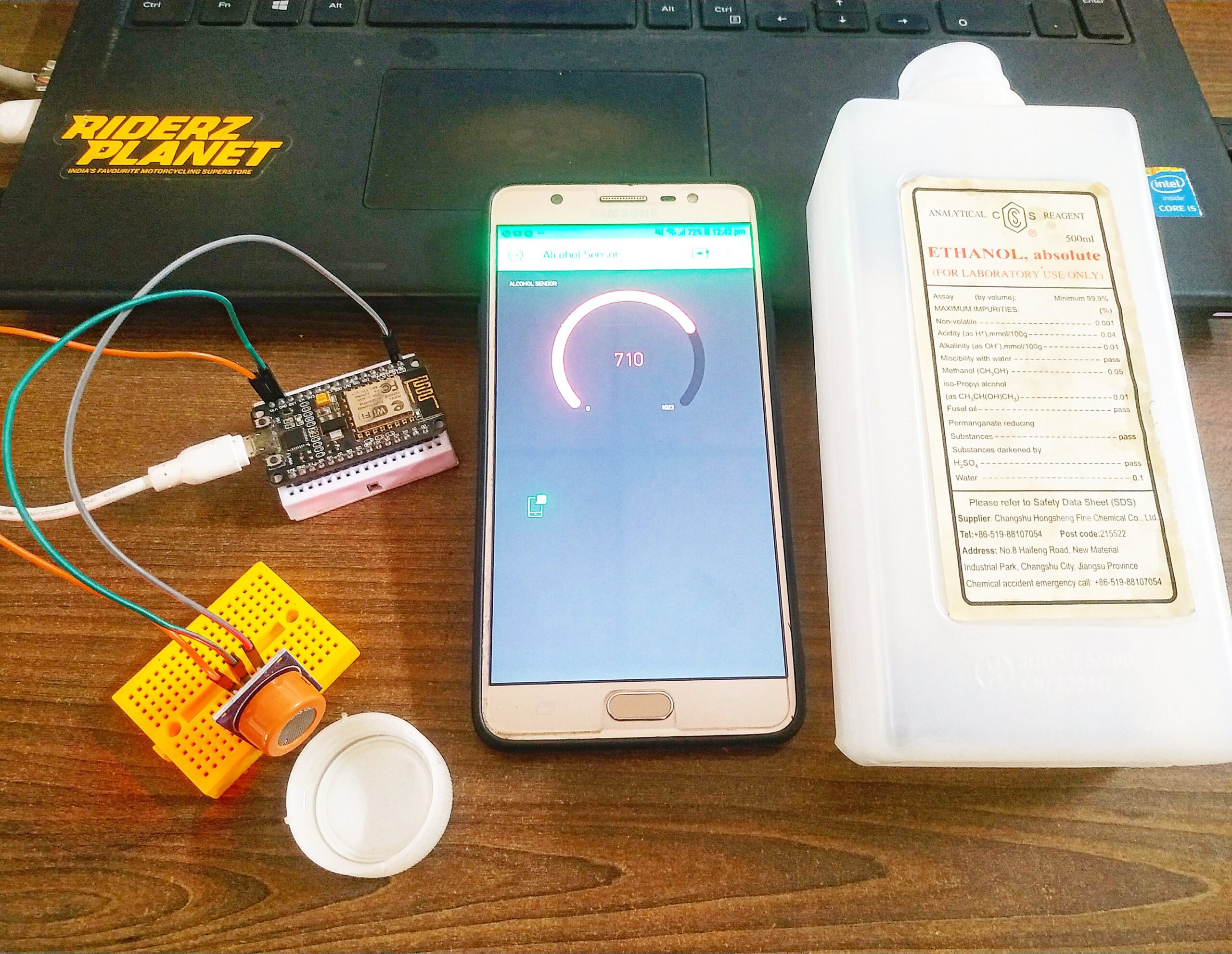 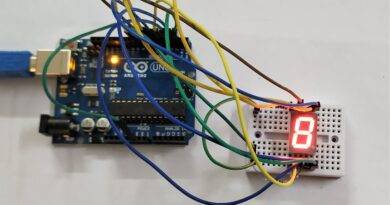